Prescription Lenses for the HTC Vive

I've been using prescription lenses with my HTC Vive for a year now and they're fantastic. Wearing glasses is really inconvenient because adjusting the position of them can require taking the headset off, and they usually overlap badly with the headset lenses (so there are parts at the side I don't see and parts above and below that I don't need to see). With lenses on my headset all I have to do is put the headset on and I have normal corrected vision of virtual reality with no loss of view.

I purchased them from VR Optician (previously VR-Lens.eu) and would strongly recommend them for anyone using VR who wears glasses. They fit on top of the Vive display and are easily removable.

A month ago I was on holiday in Brisbane. I arrived in the early evening so I got a takeaway and attempted to check into my apartment. This took about an hour because the out of hours key safe wouldn't drop the card and they had also managed to give the room they planned for me to someone else.

I went to Shorncliffe Pier and walked most of the way to Brighton along the coast. The suburb of Shorncliffe itself was almost deserted.

I walked the skywalk at Tamborine Mountain and along "Gallery Walk".

I spent a day at Currumbin Wildlife Sanctuary, taking lots of photos of Rainbow Lorikeets and walking around the Kangaroo enclosure.

I went to Redcliffe for a day trip to Moreton Bay with Brisbane Whale Watching. There were a number of whales around and I managed to get photos of them breaching.

On the last day I took a tour to the Sunshine Coast Hinterland & Noosa.

I took a few hundred photos and some videos. It was definitely worth the effort and space in my hand luggage to take my 100-400mm lens with me to get photos at the wildlife sanctuary and of the whales.

Persil have shrinkflated their liquid detergent products from {25,40,60} washes down to {24,38,57} washes. Their website hasn't been updated yet but the new products have appeared on Tesco's website.

Less than two years since they last did it, ASDA have applied shrinkflation to their own brand toilet paper "Shades So Soft" again. This time the sheets are shorter and you get fewer of them. In April you could buy 24 rolls with a total area of 63.20m² for £8.00 but from May the same 24 rolls (also £8.00) have a total area of only 59.18m². That's 1½ rolls less paper for the same price. We're now down over 2 whole rolls of paper since 2016.

They're still advertising it as Bigger Pack Better Value too.

I've used a laser cutter to engrave a light switch with symbols for the two switches outside my shower room: 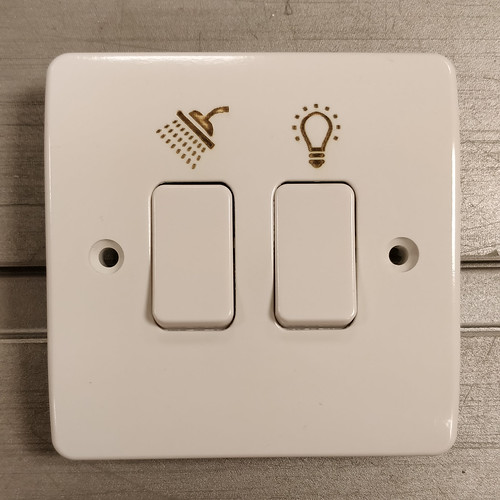 More electric sanding, the remains of my mahogany wood stain and rubber feet... the second bench is now complete and back in the garden: 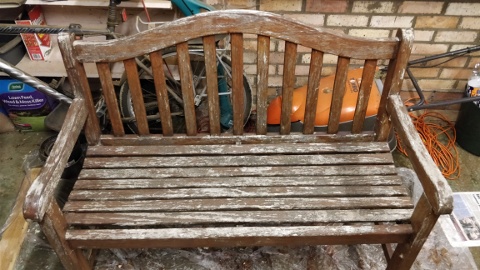 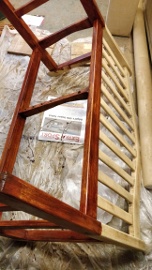 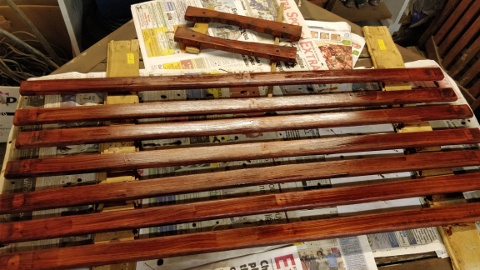 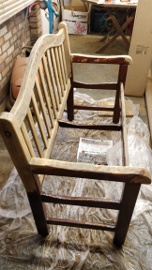 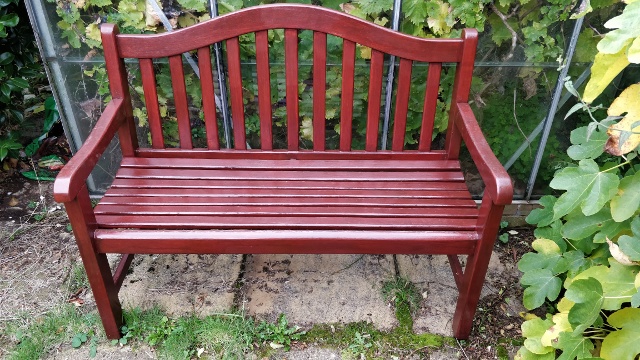 Last week I was in Hoylake, England to watch the Scottish team compete. I took far too many photos.

There were a different mix of pilots from some countries this year and depending on how you calculate the top country, England is ahead of Germany. David Van Boven from Belgium won first place.

I've now added rubber feet (solid rubber door stops) to the first garden bench and put it back outside: 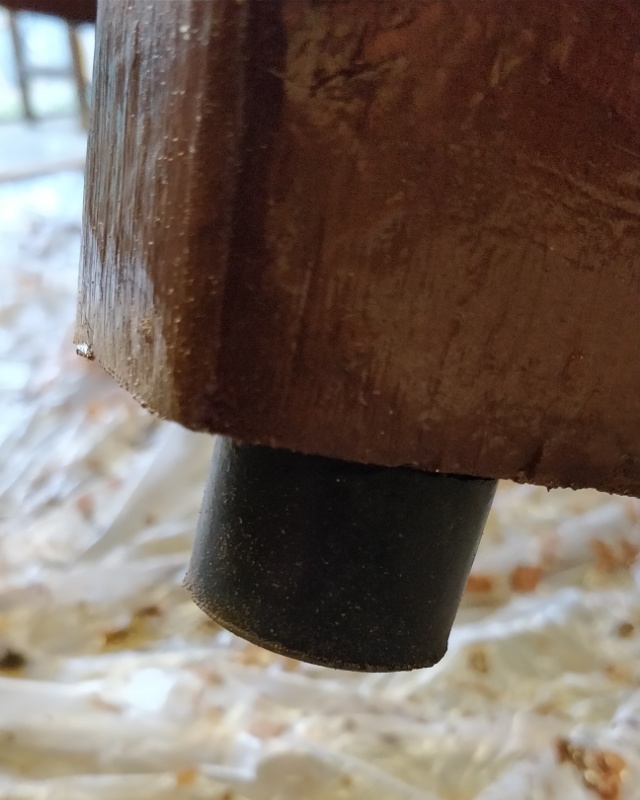 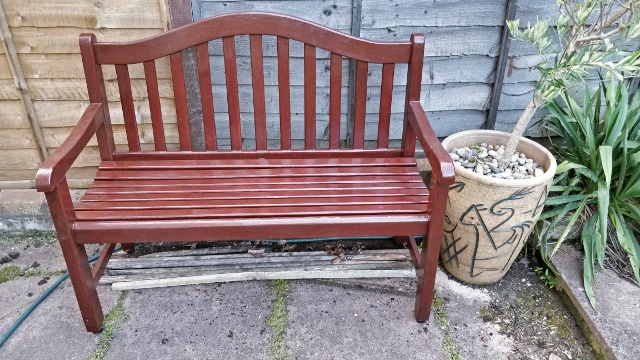 A couple of weeks ago I was on holiday in Sydney. When I arrived it was early evening so I had dinner at the hotel and went to bed.

I walked across the Sydney Harbour Bridge and visited the art gallery and various museums. After buying a hat I walked from Bondi Beach to South Coogee.

Being winter at the time, the early nights meant that the Light events of the Vivid Sydney festival were open in the evening. It's a good thing I went to the Royal Botanic Garden before it started because there were a number of barriers restricting access for the duration of Vivid. They don't take them down during the day (including the barriers on the harbour blocking access to some of the seating!).

I've been up to the Sydney Tower Eye (not as impressive a view as it could be with all the other high rise buildings in the way) and toured both chambers of Parliament House.

I spent a day at Taronga Zoo then stayed for the Vivid Sydney event Lights For The Wild.

Despite being over 10,000 miles away I was still able to watch the latest episodes of Doctor Who on the TV in my hotel.

On the last day I took a tour of the Blue Mountains which I recommend for the amazing views.

There was a wide variety of restaurants available in the evening such that I didn't eat the same meal twice. For breakfast however I had a pistachio and chocolate roulade almost every day from a nearby French patisserie.

I took a few hundred photos and some videos.

I've recently installed an 80A Power Meter on the electricity supply to my house. It measures the current active, reactive and apparent power as well as providing a count of the total active and reactive energy. These reading are updated every second.

After installing a 100A isolator and pulling through extra cables, the installation of the power meter was relatively straight forward. It's in an enclosure with an 80A circuit breaker, located inside to avoid inconvenience if it ever trips and because the distribution board doesn't have enough space for it. 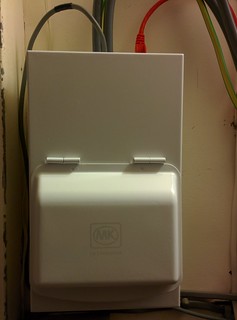 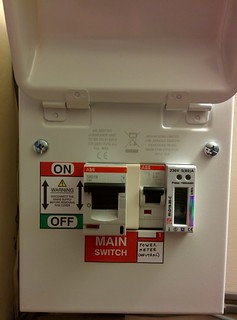 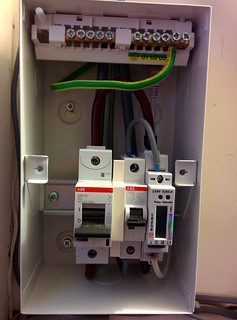 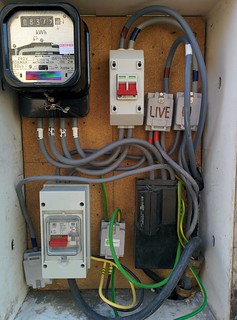 I intend to write an Android app for a real-time view but for now I'm just collecting historical data: 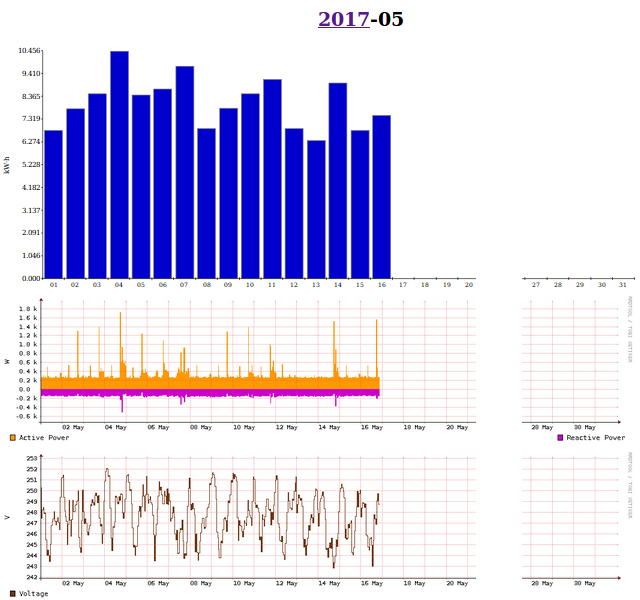